During the construction of the San Juan Bridge, traffic on the north and southbound lanes was never hampered. This situation posed a problem to the launching of the Type VI prestressed concrete girders. The only solution was to use a girder launcher.
FS used the Comtec Automated Girder Launcher. The launcher was specifically adjusted to accommodate the Type VI, 40.50 meter long girders. The concrete girders were loaded on dolly trailers using two 80-ton cranes. Then the girders were delivered at abutment A. The girder launcher picked up the girders and moved them into the correct position on top of the constructed bridge seats and elastomeric bearing pads.
A total of 48 Type VI concrete girders were installed for the whole San Juan Bridge. 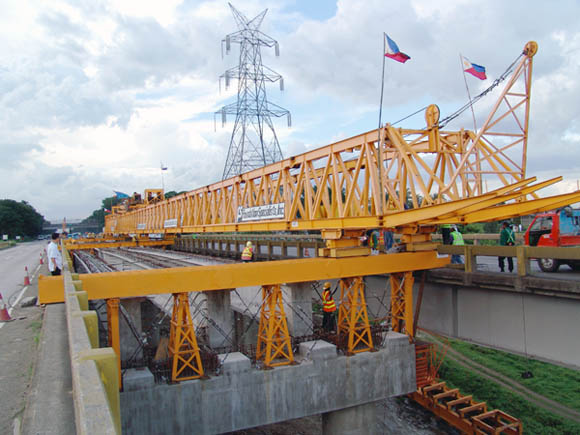 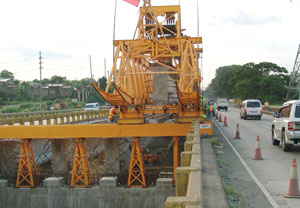 It is only by use of Girder Launcher that the girders of San Juan Bridge can be erected. The left and right bridges are still open to traffic. 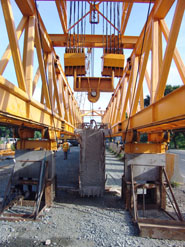 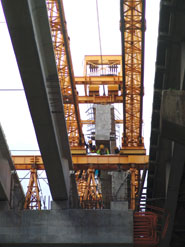 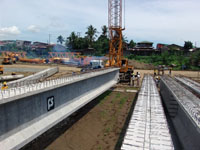