The expertise of Foundation Specialists, inc. in bridge retrofitting has been applied to several bridges around the country. With advance engineering and technologies, bridge structures still usable are rehabilitated and brought back to their former working condition. 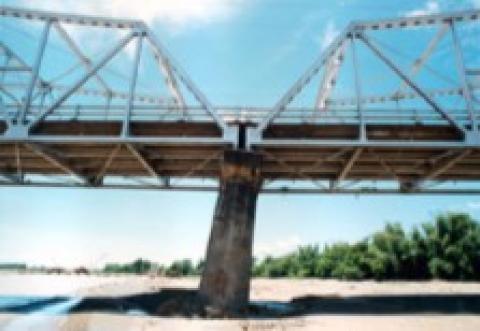 Located in Talavera, Nueva Ecija, the pier of this bridge tilted during the July 1990 earthquake that hit Luzon. Temporary supports made of steel tubular pipes and I-beams  were installed to support the steel trusses prior to the demolition of the damaged pier. 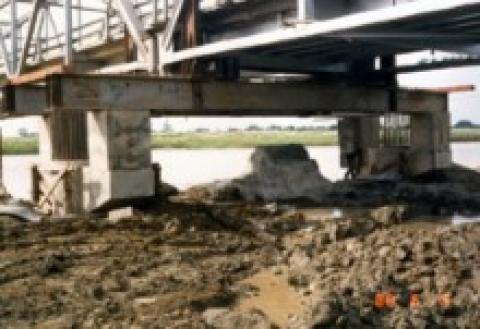 Plaridel Bridge in Carmen Pangasinan was retrofitted with large-diameter bored piles and a new coping beam. During construction, the bridge was supported using I-beams resting on corbels temporarily constructed on the newly-constructed bored piles as shown in the left photo. 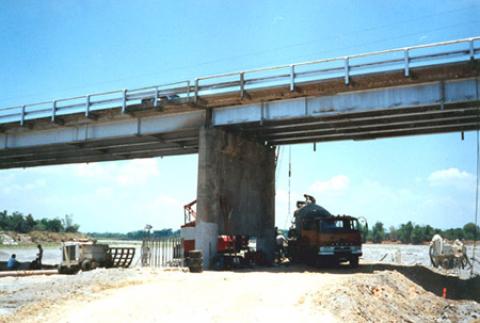 Pier 5 of Agana Bridge in Tarlac was retrofitted with two 2-  2x4 meter Elliptical Bored Piles (to better cope with local scouring) , topped by a large beam  embedding the old columns, with beam and column made solidal by the bond between old a new concrete,  amd by post-tensioned Dywidag bars..D 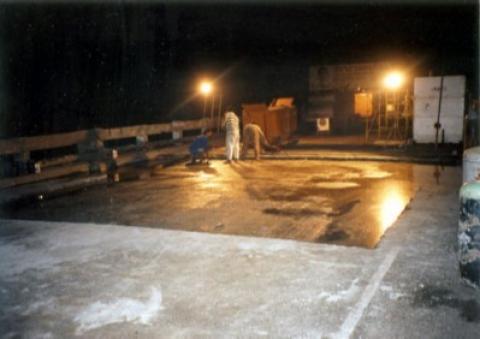 The two spans of the Bocaue Bridge along the southbound of the North Luzon Expressway were jacked up. 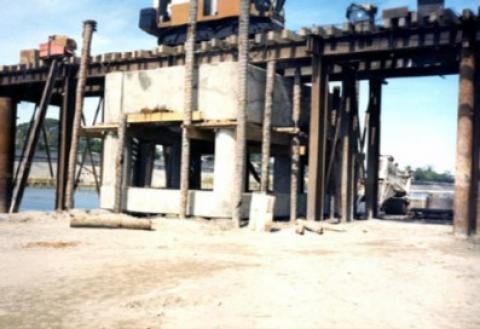 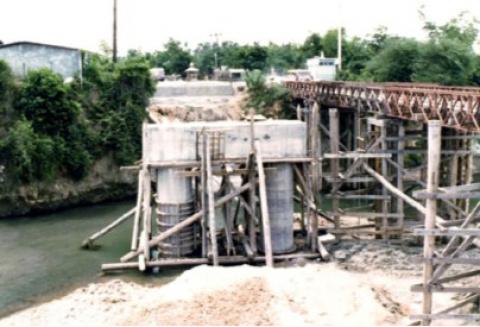