FS has completed over 100 major bridges, over rivers, canals, lagoons, on the sea between islands, along highways and in the heart of cities and towns, coping with the most diverse geological and topographical conditions, acting either as "contractor" or as "design and construct contractor". Bridge superstructures built by FS comprise the use of  postensioned AASHTO concrete girder, prestressed concrete girders,  concrete box girders, steel box girders, jumbo steel girders, steel trusses. With its expertise in girder launching, it can launch girders even in the most difficult situations. Bridge types built by FS cover an ample spectrum, traditional type highway bridge, suspension type bridges, railway bridge, mass transit steel bridges, composite type bridges, among others.

Bridge Engineering and Construction is one of FS’ strong point.  As a specialist involved in the design and construction of bridges, FS has considerable experience and expertise in conceptual, preliminary, and final detailed design of bridge structures, development of construction methods, complete design and detailing of formworks and erection systems, on-site construction of selected elements of the structure such as structural steel and reinforced concrete elements, pre-cast  and pre-stressed components, special foundations, and everything until the completion of the entire bridge superstructure.
The applications of this knowledge by FS assist project owners, developers, and consultants resulting to enhanced quality, improved safety, simplified method, reduced construction time, minimized cost, and increased structure value. 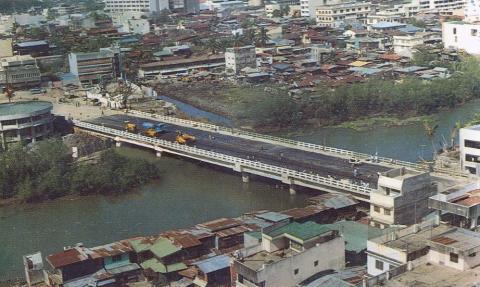 The New Magsaysay Bridge was built in the heart of Dagupan City, along the Urdaneta-Dagupan-Lingayen Road in Pangasinan.
The bridge is a replacement of the Old Magsaysay Bridge, which collapsed during the July 16,1990  killer earthquake.

Anda Bridge is along the Anda-Bolinao Road, Pangasinan.
The bridge is 400 lm. long made up of 8-span steel trusses with 300 lm. asphalt concrete road approaches. It is designed to carry M12 (H20 – 44) live loading. The substructure consists of seven (7) piers supported 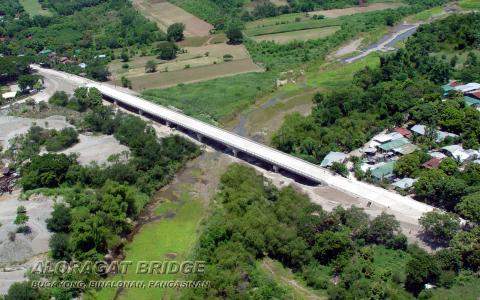 Aloragat Bridge spans the Aloragat River, on the McArthur Highway between the towns of Binalonan and Pozorrubio,  Pangasinan.

Foundation Specialists, inc. was awarded the rehabilitation and upgrading of seven bridges and the new construction of a major viaduct , the San Juan Bridge, across the San Juan Water Reservoir, along the South Luzon Expressway (SLEX) by the  Expressway new operator MTD.